Above is an image of the 1400MHz spectrum as allocated by Ofcom in the UK. Vodafone has 20MHz at EARFCN 10020

The spectrum can only be used when aggregated with a primary carrier that has an uplink. In our testing, multiple bands would aggregate, however, only CA between bands 7+32 is shown in the screenshots below.
SDL provides a significant improvement to the downlink speeds that are attainable on devices as the 20MHz can provide 195.8Mbps as a maximum (assuming 2x2 MiMo and 256QAM).
SDL also has the added advantage of not being bound by uplink which means increased range, making it the perfect carrier to aggregate with band 20 or another low band carrier such as L09. 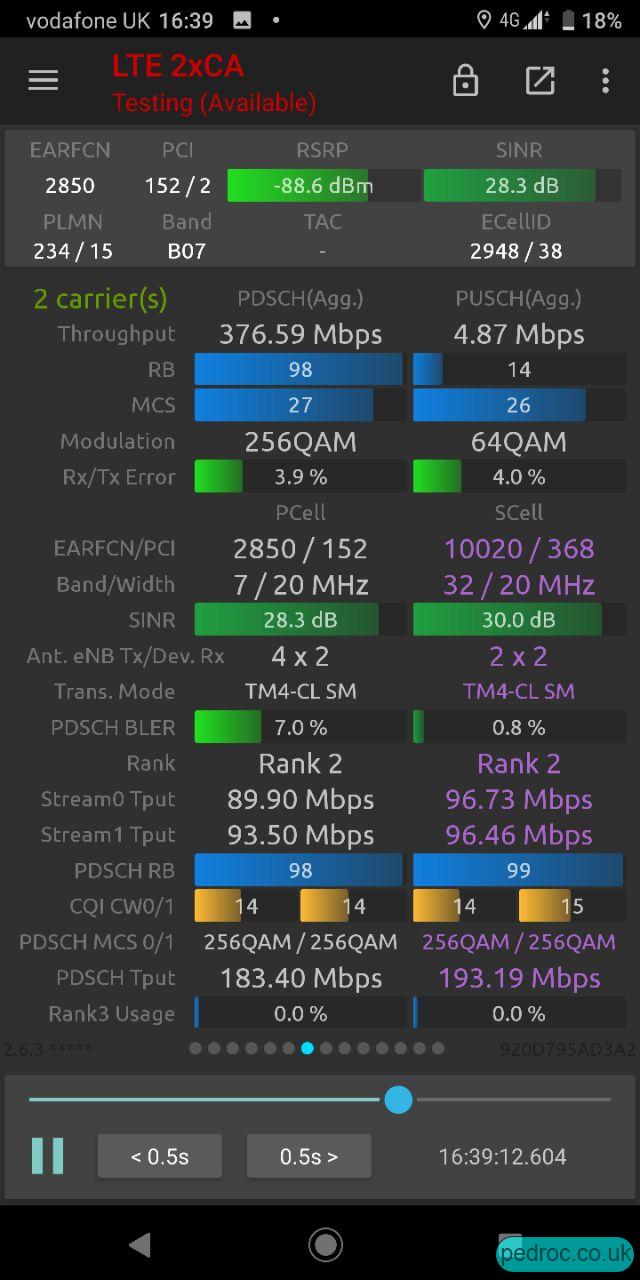 When using 2CA of Bands 7+32 speeds achieved were excellent despite no Rank 3/4 being utilised. 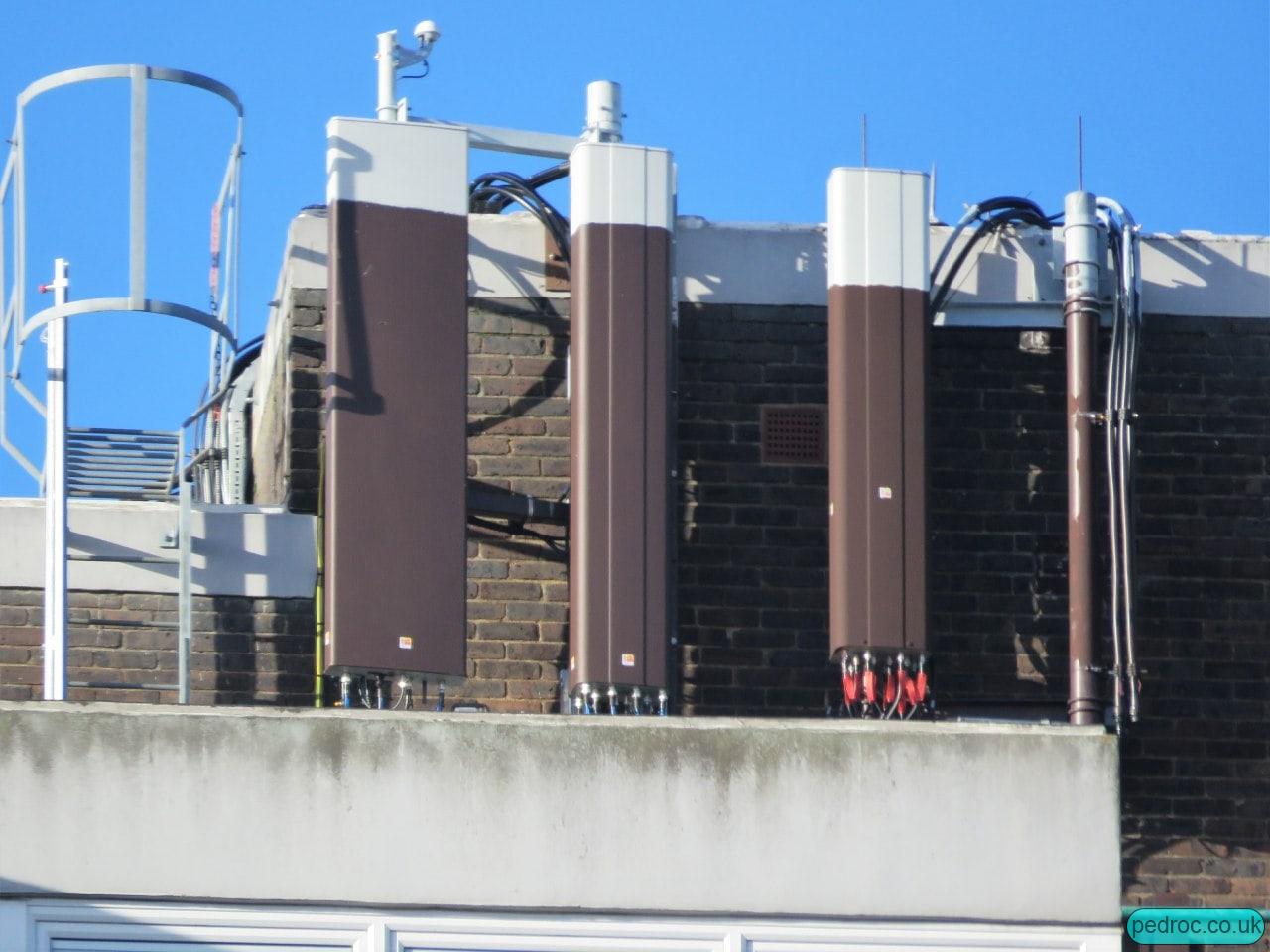 Image of the site near Wimbledon Park. (Image Credit: Tony)

Speeds achieved with L26+L14 were excellent helped by the fact that Ranks 3 and 4 were both achieved. 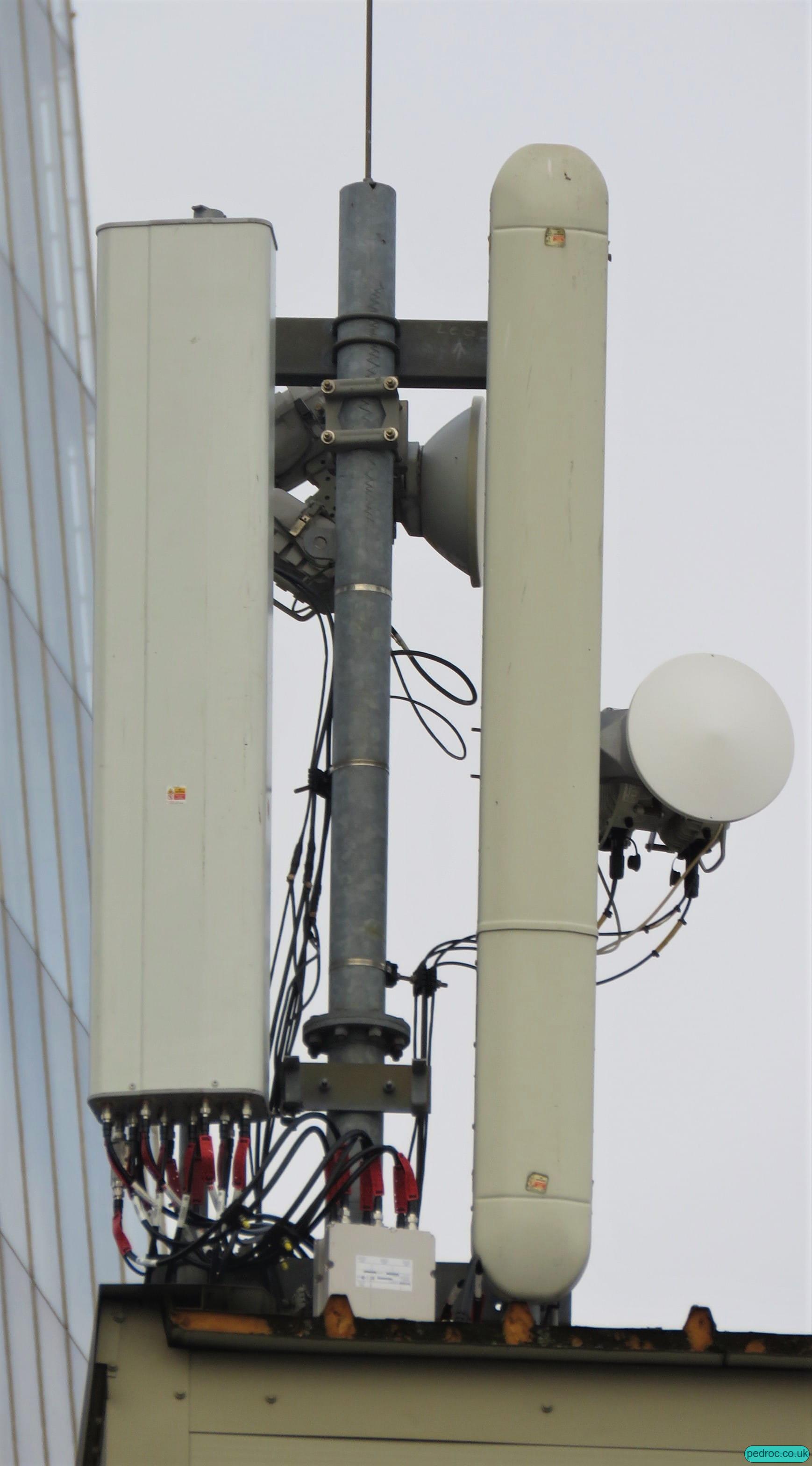 Image of the site on the hospital.