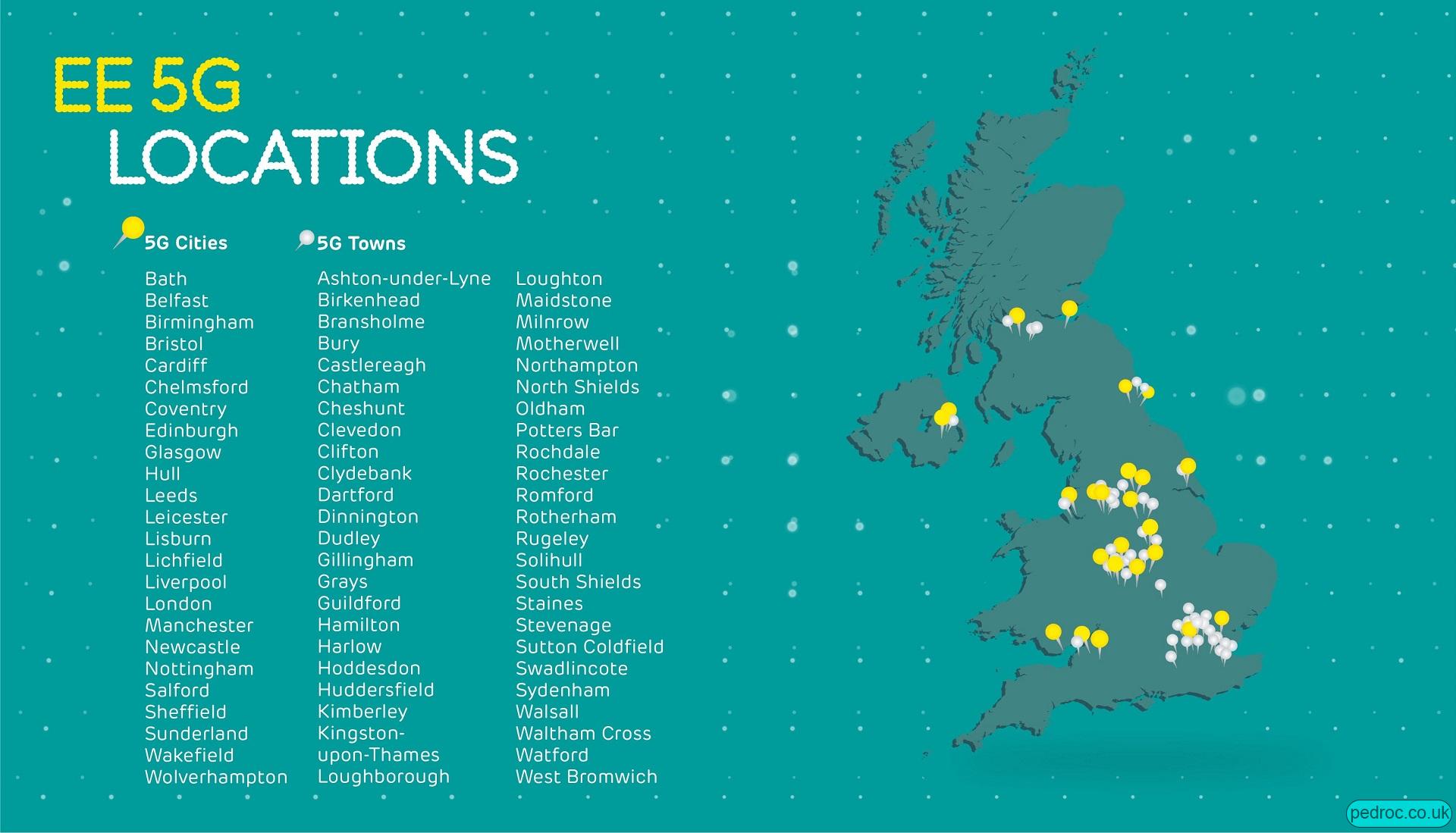 EE acquired 40MHz of 3.5GHz spectrum for 5G use in April 2018. EE then launched their commercial 5G service on 30th May 2019, initially in the UK's four nation capitals: London, Cardiff, Edinburgh, Belfast and also Birmingham and Manchester. Since then, the 5G coverage has spread to numerous towns and cities as you can see above. Speed uplifts over 4G are typically several hundred mbps, leading to some very nice totals. Here's one Derico got:

EE's main 5G approach seen is 8T8R. This has less coverage and less capacity than Massive MIMO (below) but the EMF emission is lower and it can be less challenging to add to masts (weight and windloading), which enables a much faster rollout. These examples in Hull and Manchester use Huawei RRU 5258 for 8T8R N78 and Huawei AOC4518r8v06 antennas to carry the 5G and 2G/3G/4G. 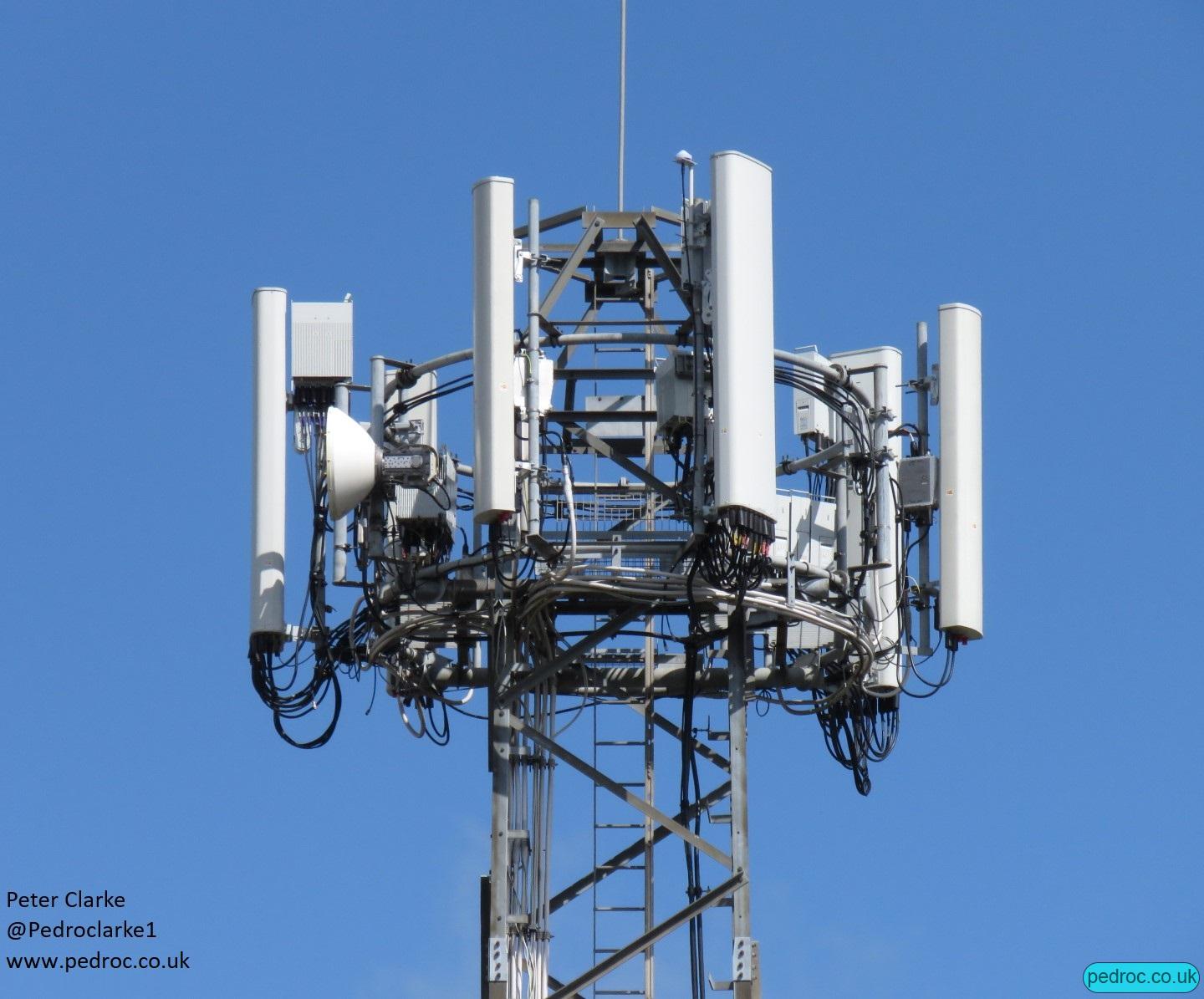 A fully wired EE 5G '5GEE' example in the Marfleet area of Hull. 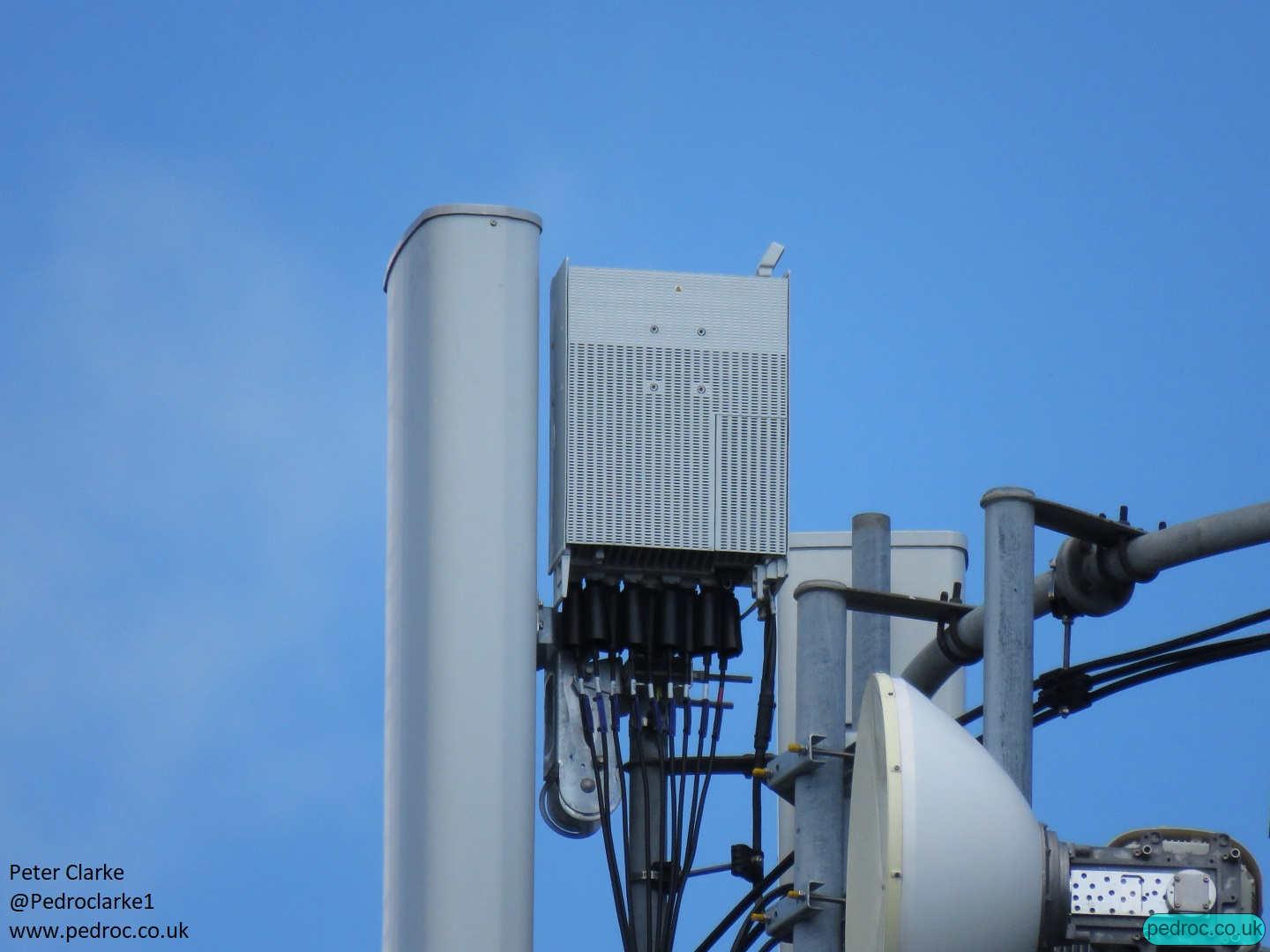 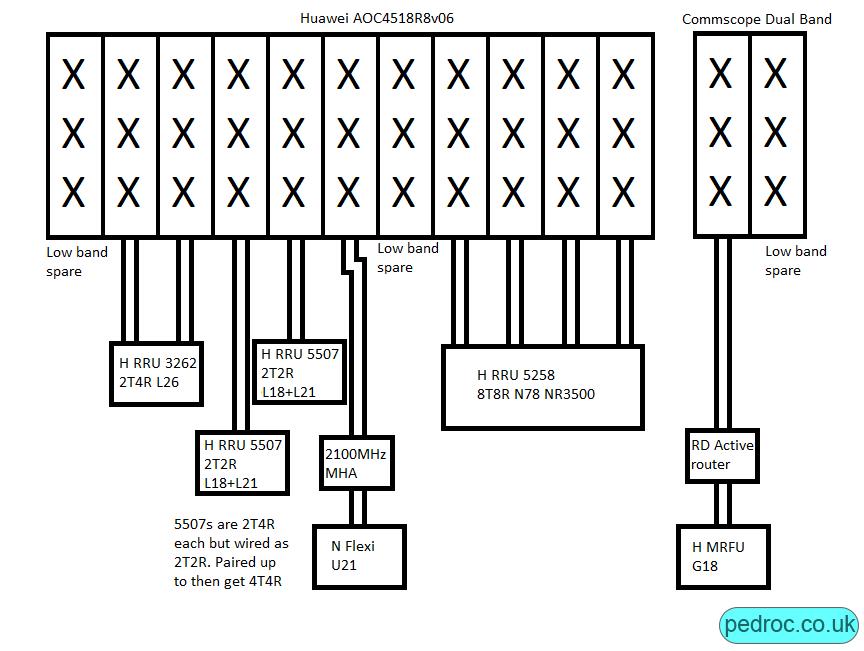 Video about this 8T8R 5G Mast in Hull 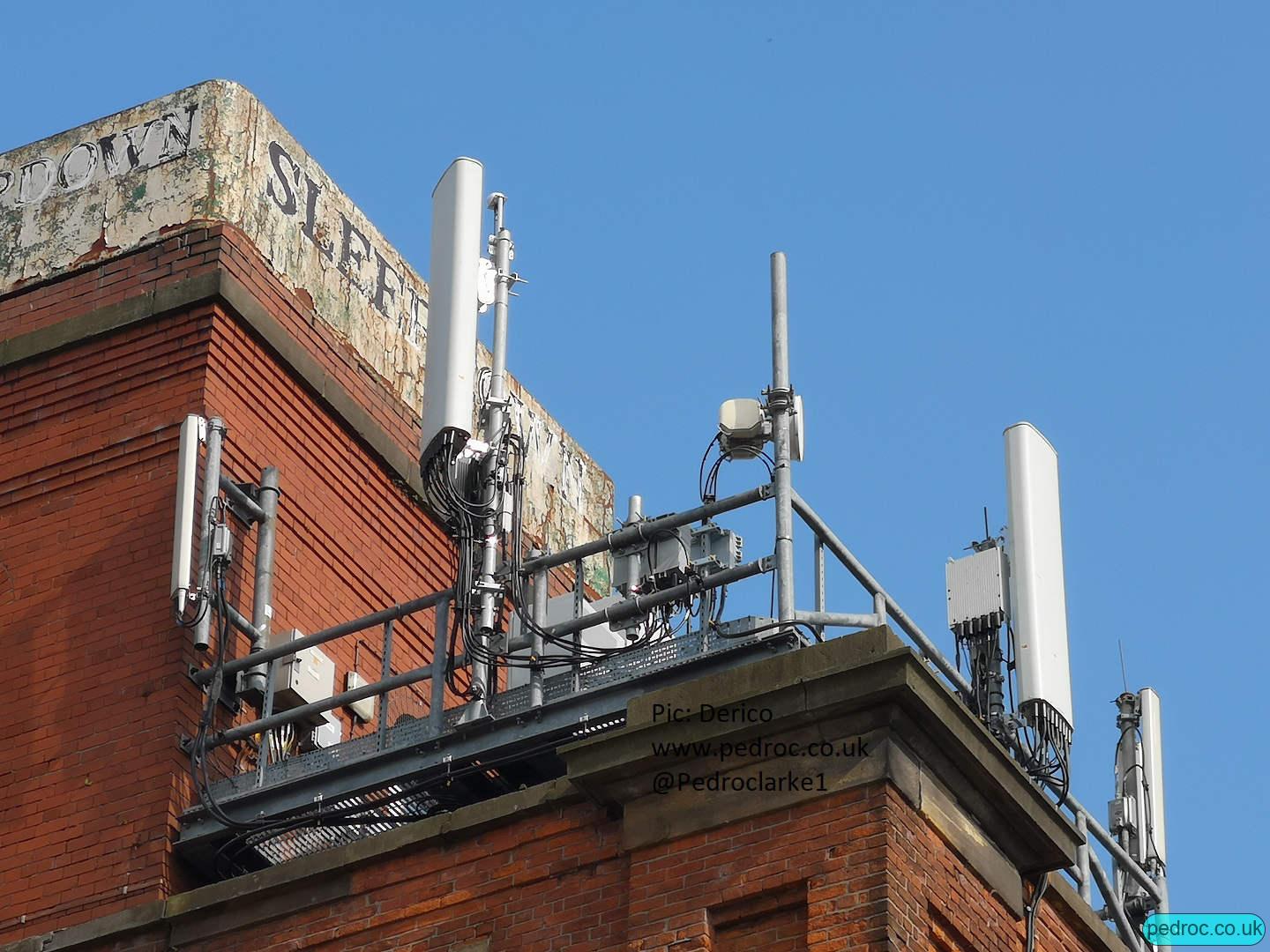 Before and after of an EE 5G Mast Upgrade that goes from a pair of single band Kathreins to using Huawei RRU 5258 for 8T8R N78 and Huawei AOC4518r8v06 antennas. 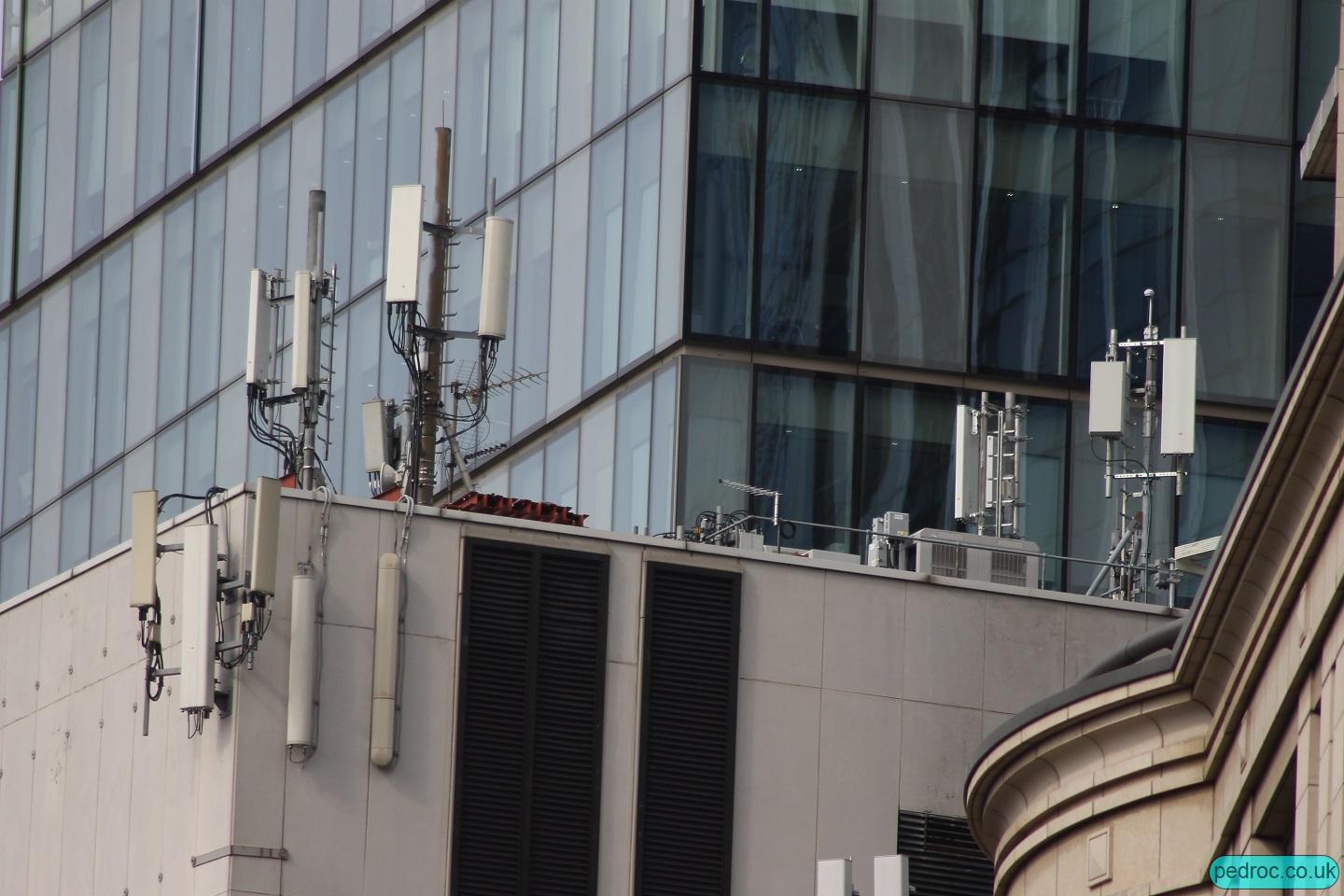 In central London, such as near St Paul's, EE use Massive MIMO for their 5G. Deploying the 5G spectrum with Massive MIMO enables huge amounts of capacity to be provided to an area, while also achieving a pleasing range of coverage considering the higher frequencies compared to 4G. 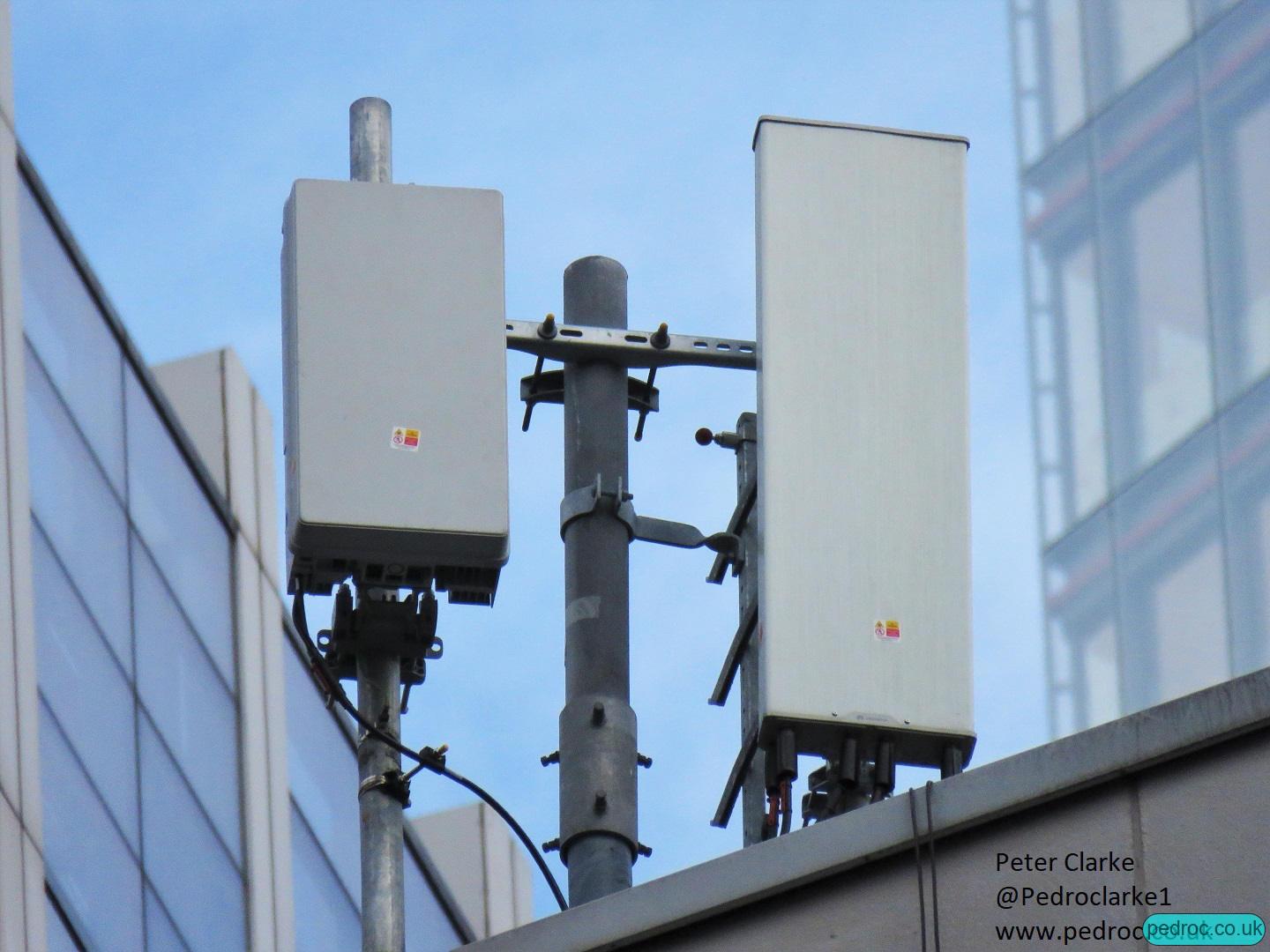 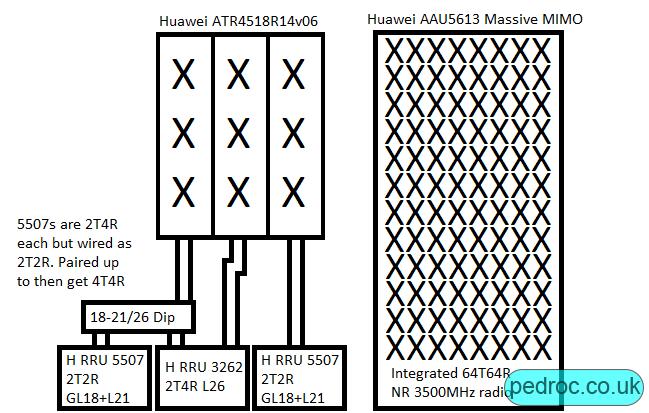 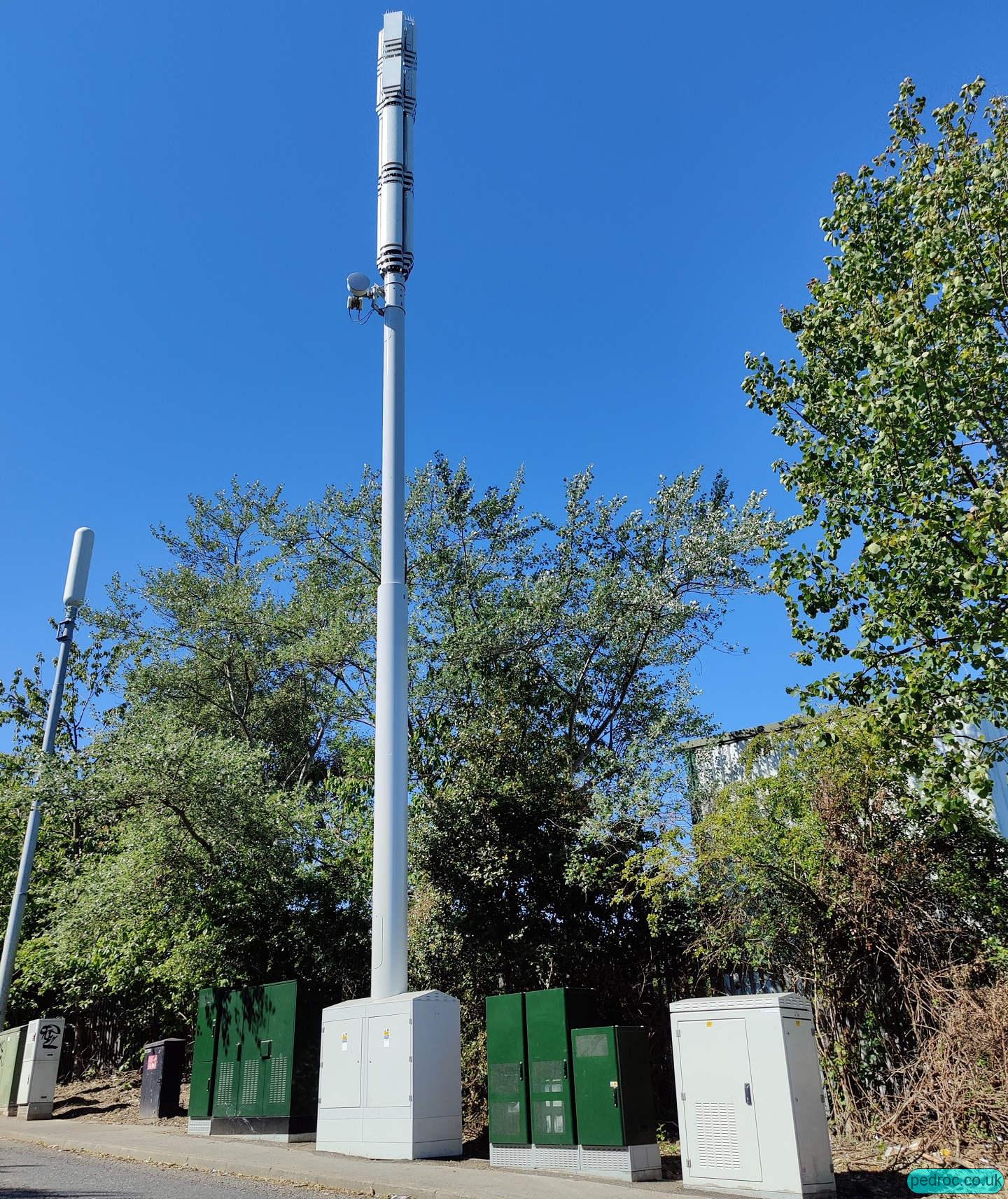 The modern design of compact pole to support 5G (and (2G)/3G/4G) services for EE and 3: the upper two stacks are used for 5G Massive MIMO antennas, each operator having their own stack, while the lower carry the passive antennas which emit the remaining respective technologies, again one stack per operator. Image: Mark.