O2 UK, once their hugely successful Mobile Virtual Network Operators' customers are taken into account, likely have the largest number of customers on their network. This presents a challenge for the network team to manage in order that a reasonable customer experience be maintained and complaints be minimised. The challenge has been compounded by their relative lack of spectrum per customer prior to their acquisition of 2300MHz spectrum. This page features the range of strategies O2 deploy to keep things moving. 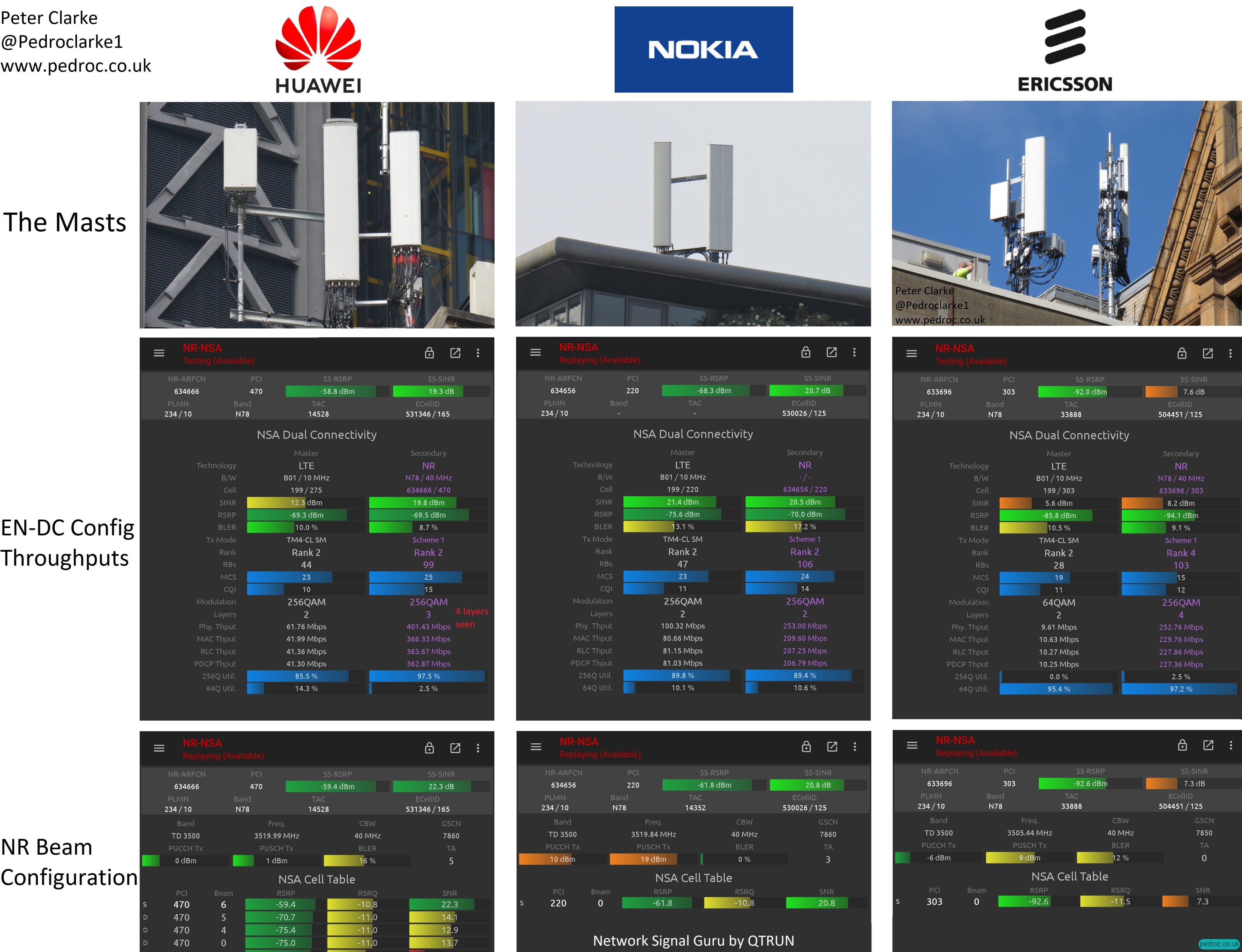 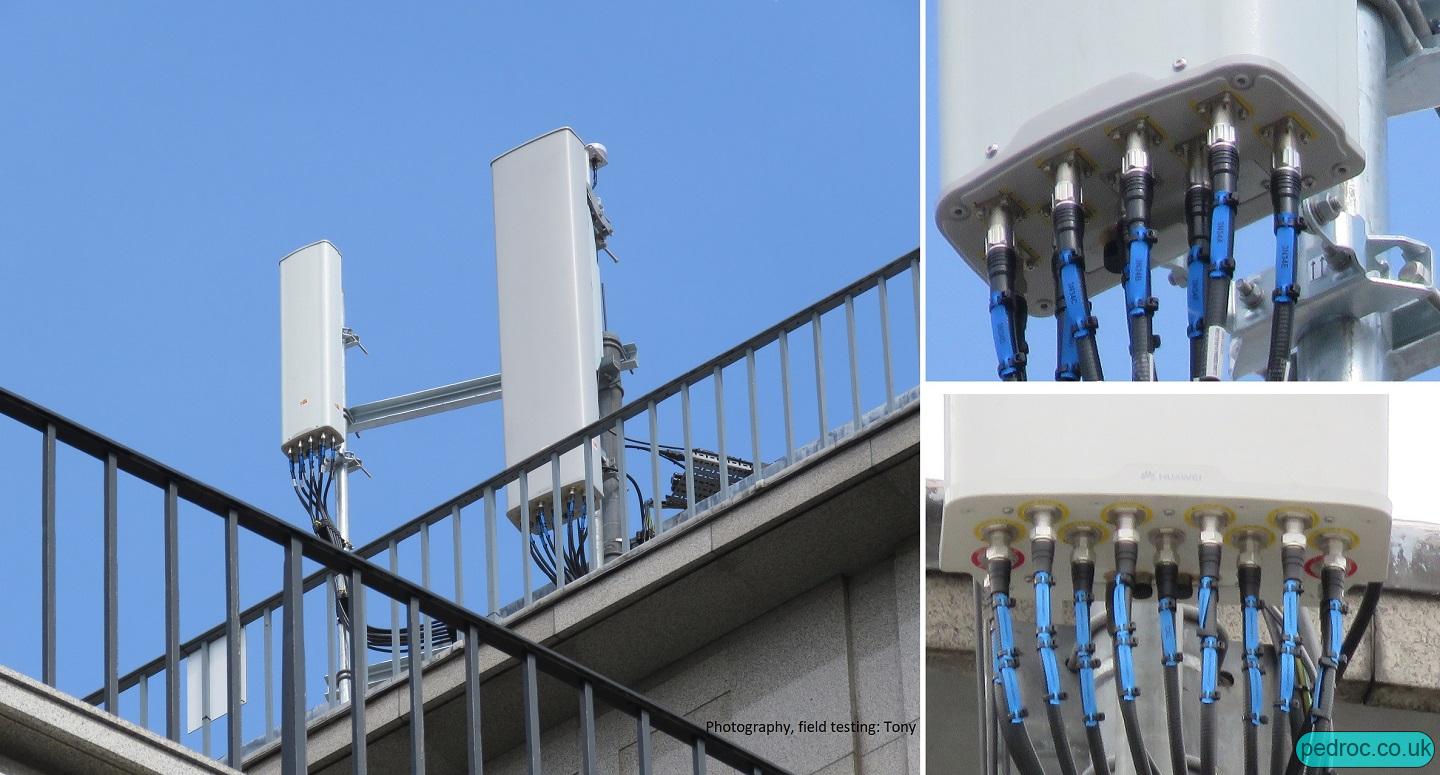 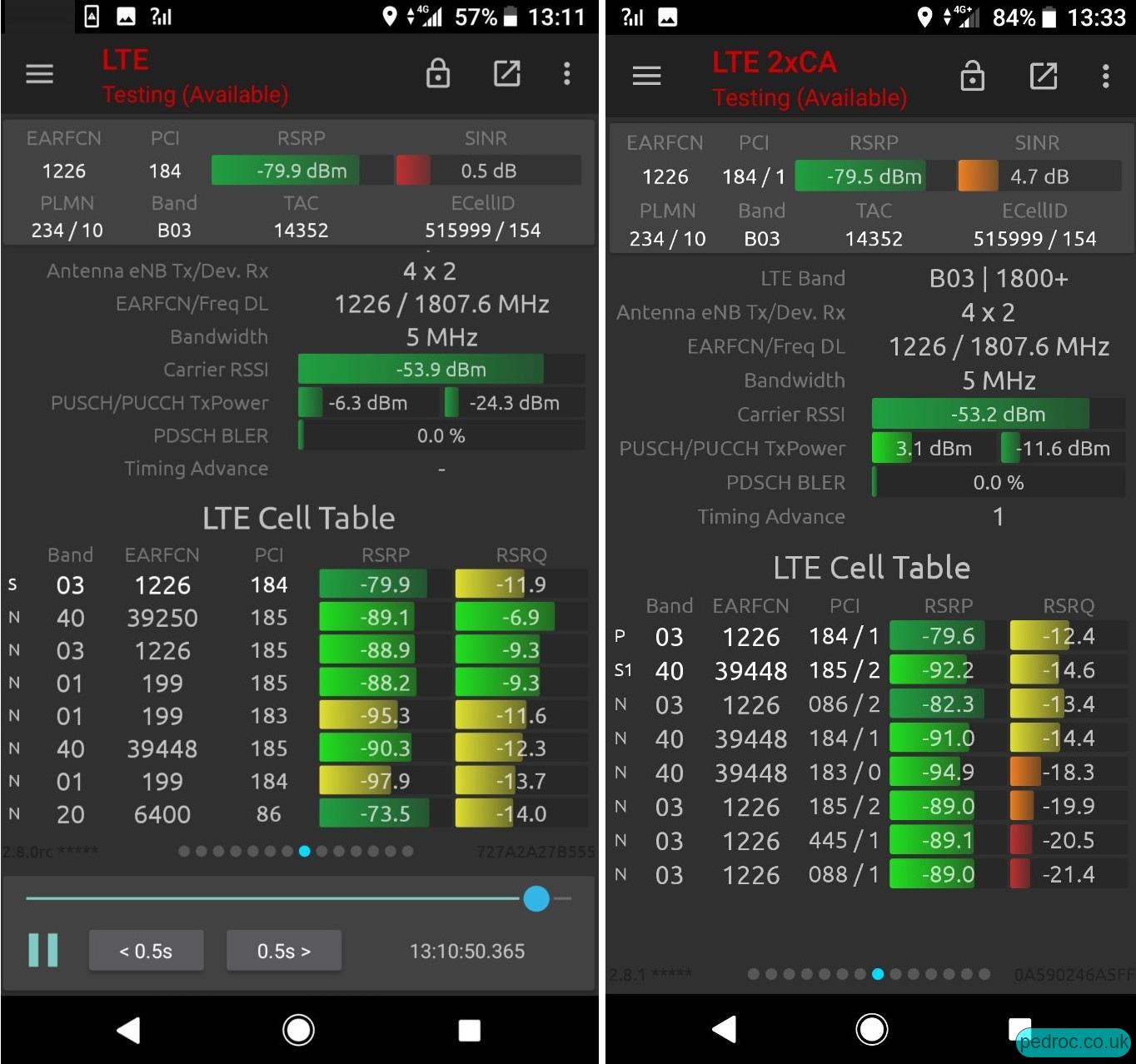 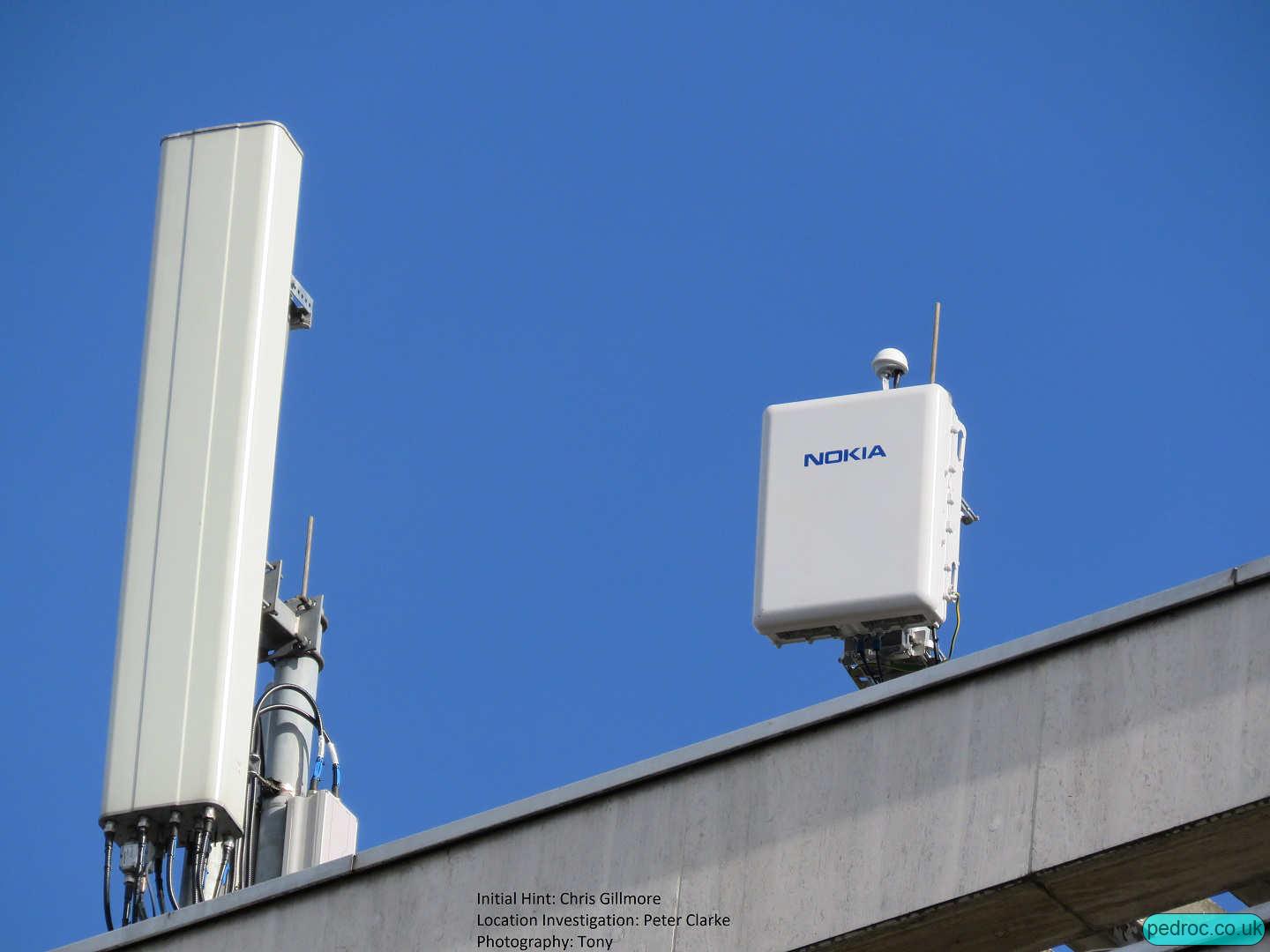 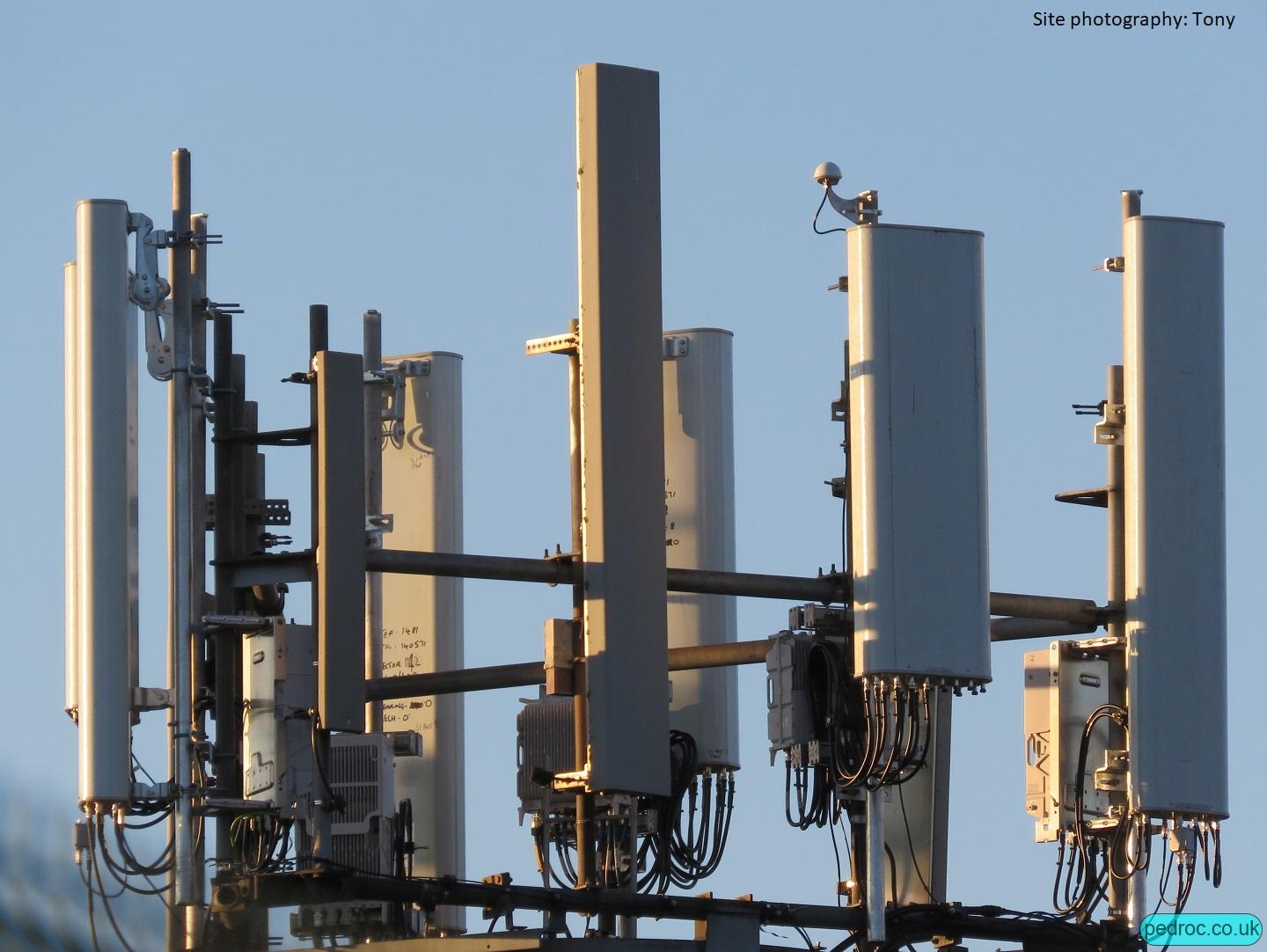 Closeups of the antennas and Remote Radios at a site like this. The tall and narrower RRUs are the Dual Banders, whereas the shorter and wider RRUs are for 2300MHz. 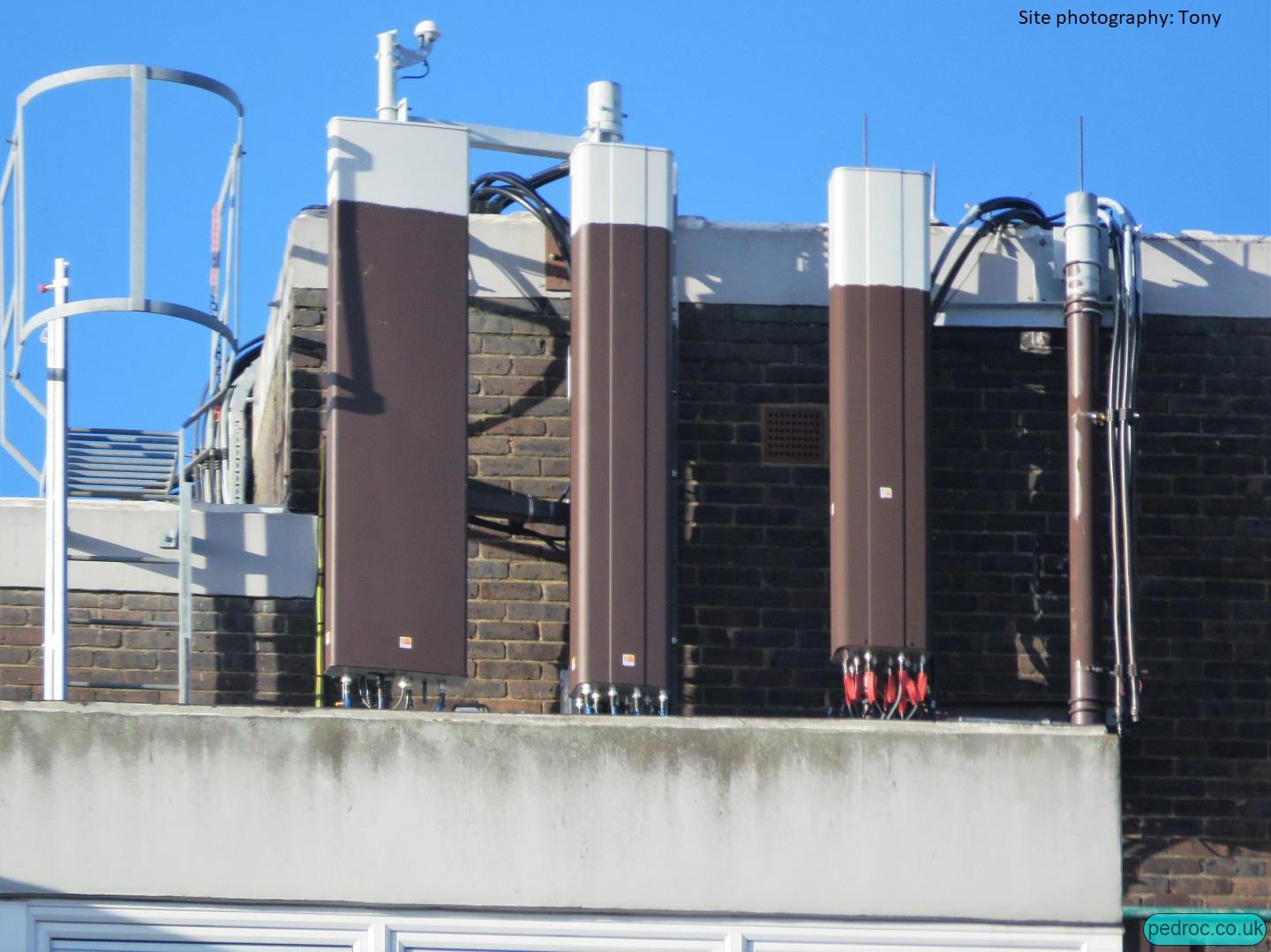 Photo and schematic representation of a site pre-L23 upgrade, showing where the L23 FZNJ RRUs are connected.

Many London Buildings, especially pubs, have O2 Microcells mounted on/above their signage. These deliver localised capacity and often have most of O2's FDD spectrum (U09, L08, L18, L21 is common) deployed on them. 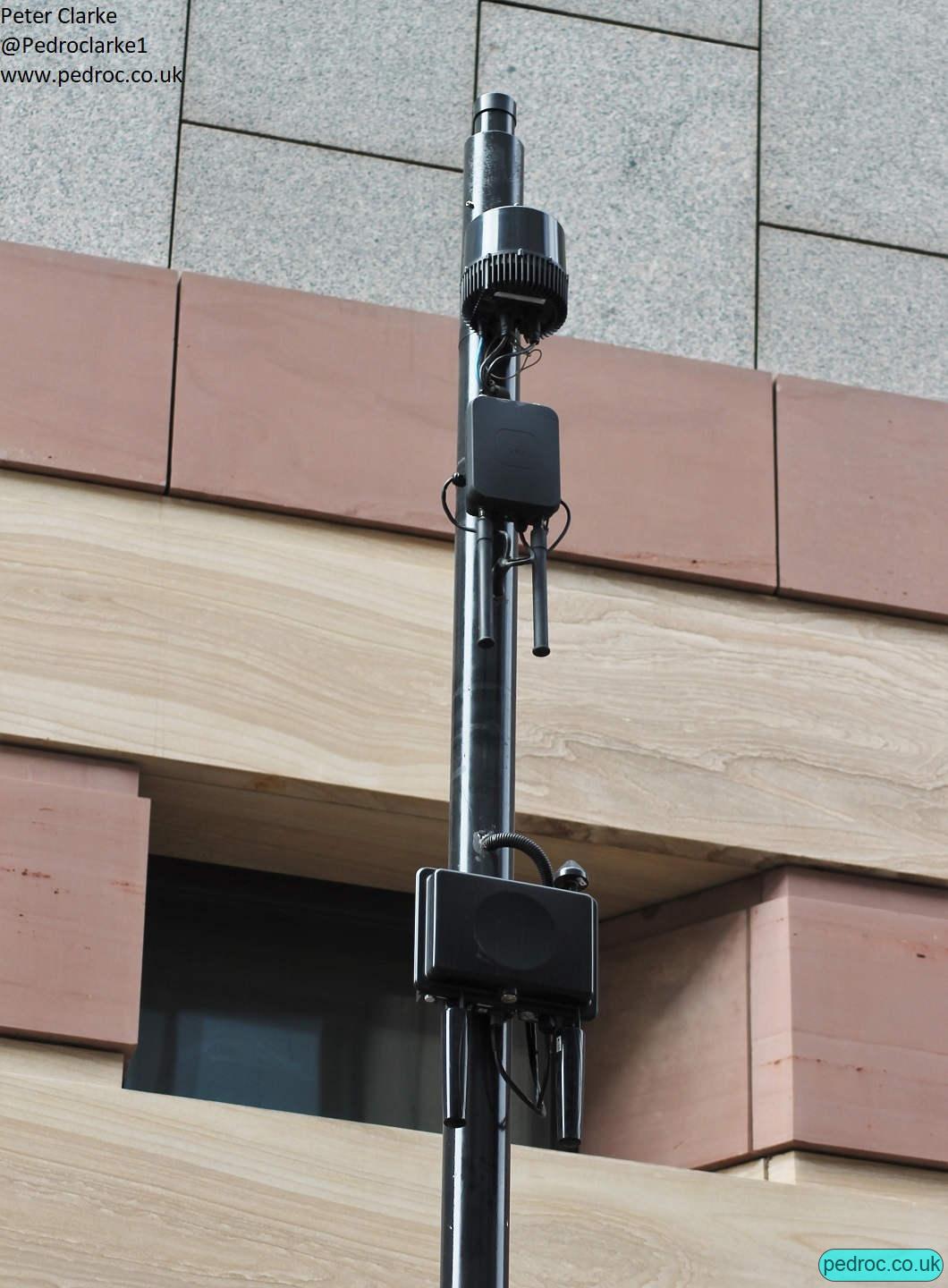 In the City of London, there are an array of poles with Nokia Flexi Zone Small cells for O2 L18 and WiFi APs for O2 WiFi. Spidercloud L18 Small Cells found in Mitchells and Butlers pubs. These offload the in building environment. 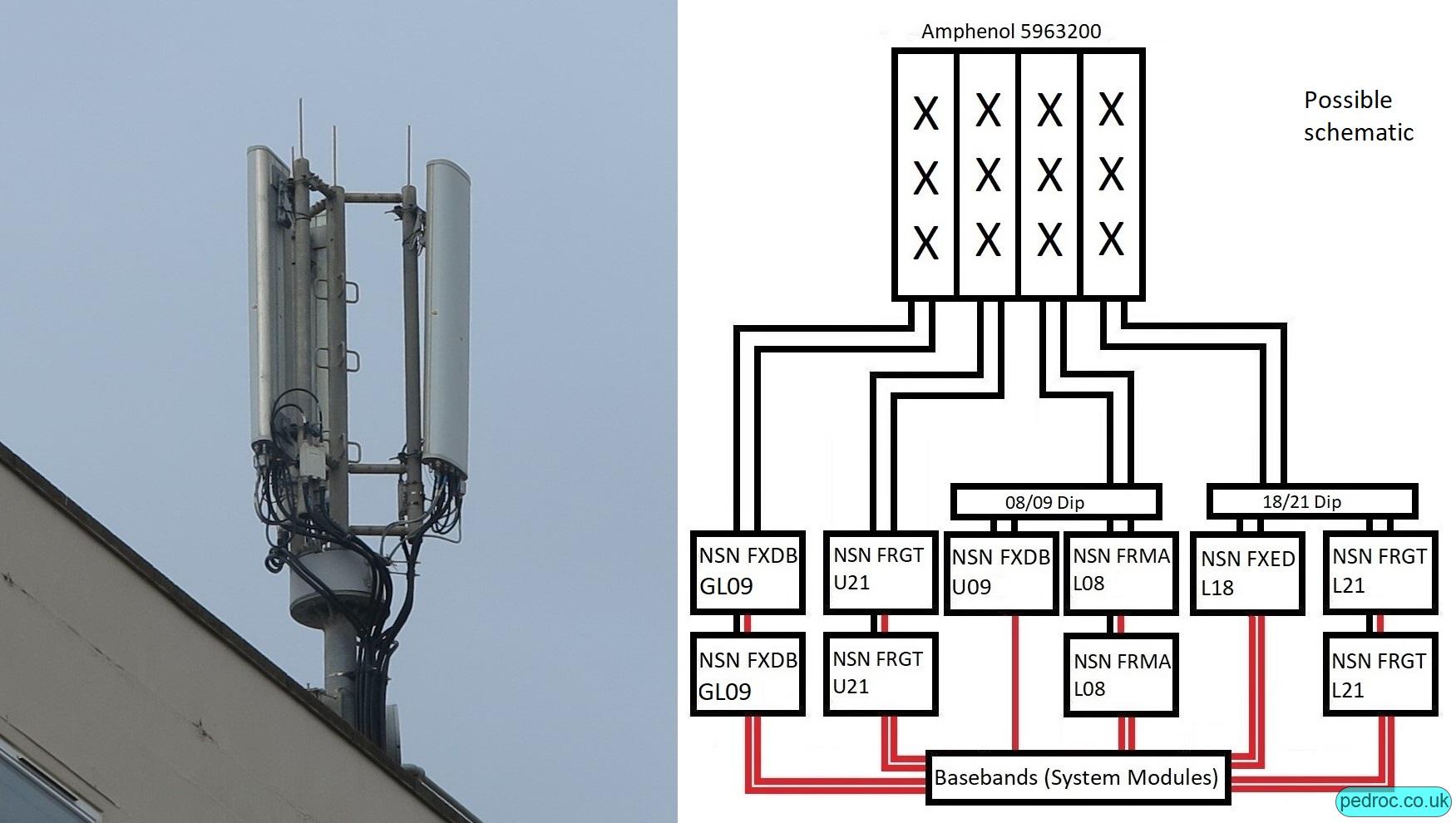 A proposed FDD schematic for one of these sites: the paired FXDBs carry GL09 and the single carries on with U09. In future, AHPMDAs will be used. 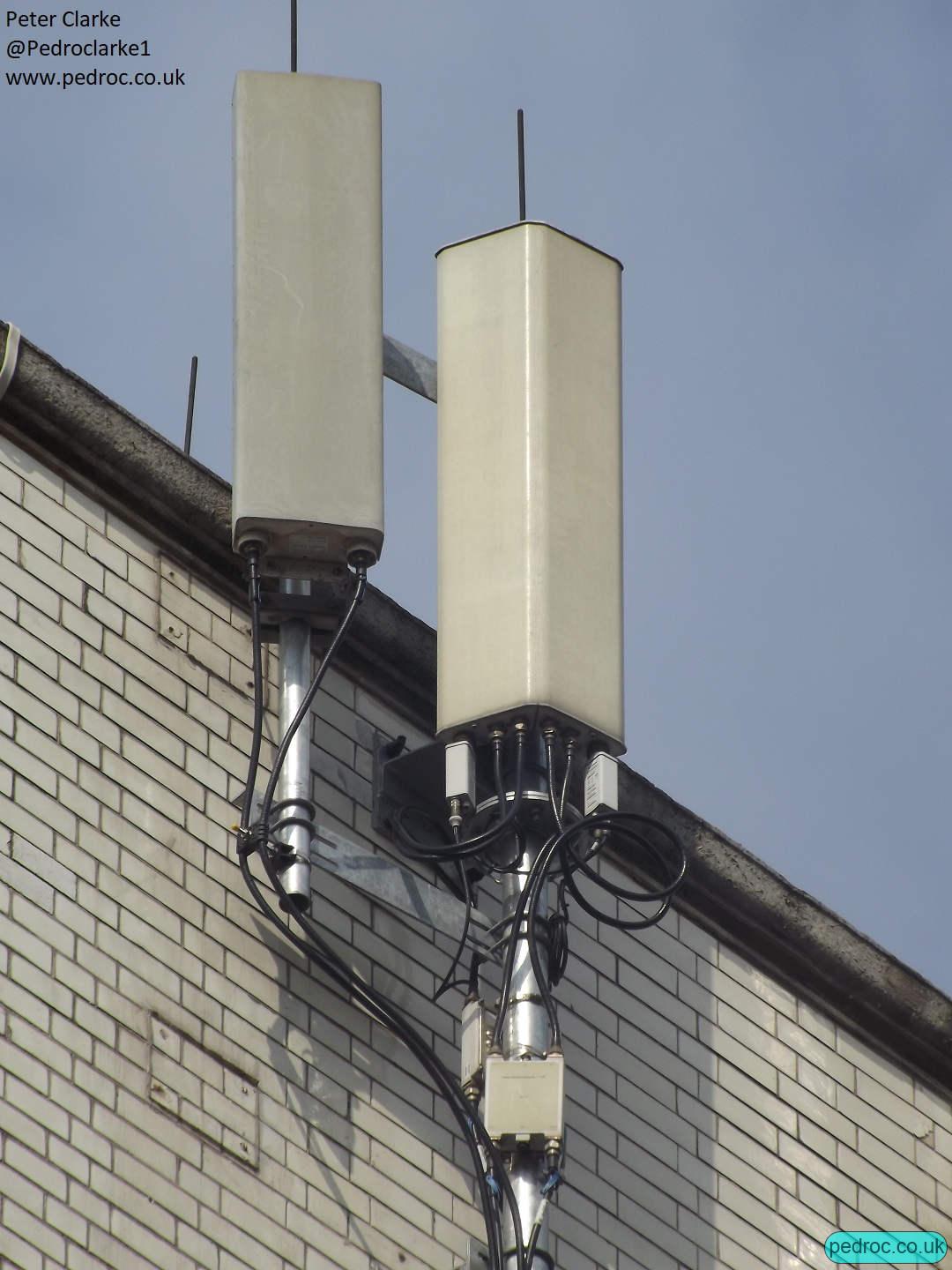