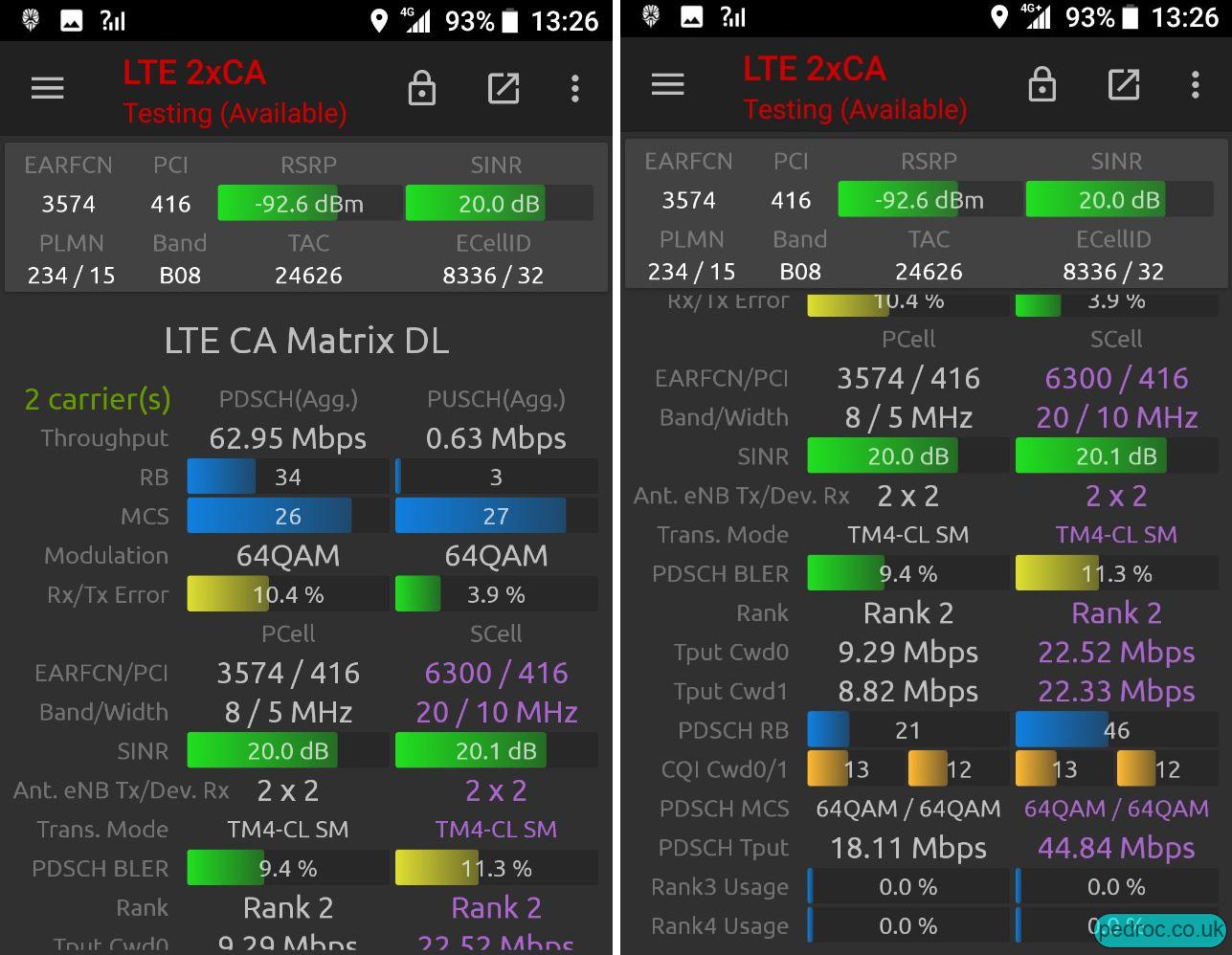 Vodafone's 900MHz 4G is using EARFCN 3574 in this scenario, taking the place of UARFCN 2987 (their second U09 carrier conventionally).

Vodafone's 900MHz spectrum before refarm: two 3G carriers on EARFCNs 2938 and 2987 occupy the first two 'blocks', with the third being occupied entirely by 2G.

Vodafone's 900MHz spectrum after refarm: some of the spectrum previously used for 2G in the third 'block' is now 4G of EARFCN 3698.

A couple of masts 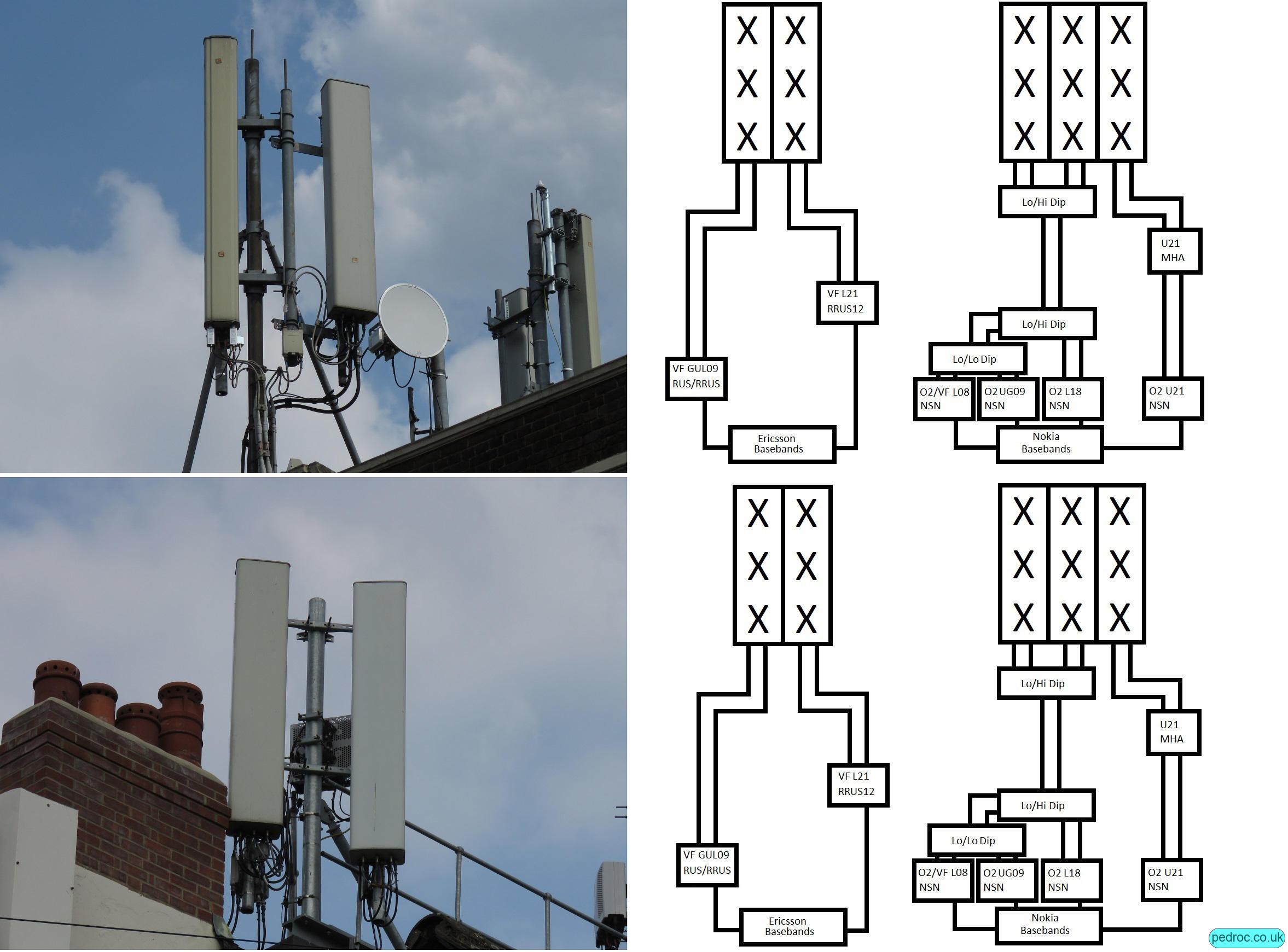 A couple of masts with the Vodafone 900MHz 4G in/near Leytonstone. There are a lot of possible build layouts that could have been used. These are just a suggestion. The LTE 900MHz means that Vodafone have their own hosted low band on the site. 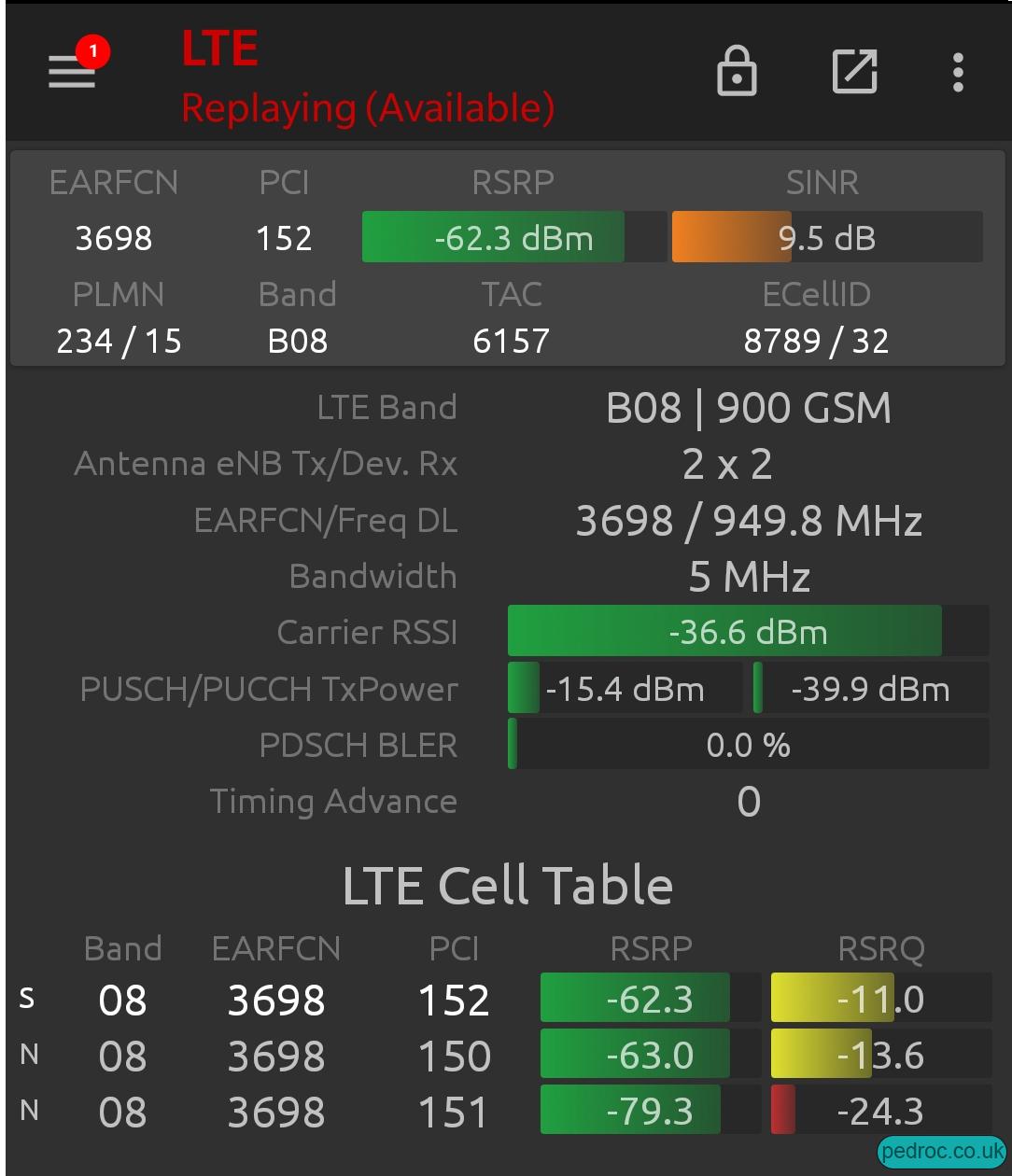 Thanks to Jake @AD_couk for joining on the trip.